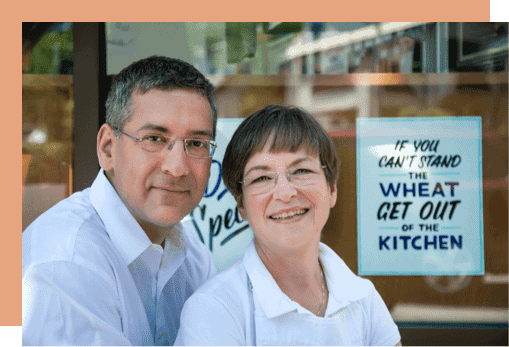 FORMULA DEVELOPMENT
we can help turn all of your baking ideas into reality with clear standardized formulas (Excel based in Bakers Percent) and processes that work with your equipment, your employees, and your schedule.

PRODUCTION EFFICIENCES
we can tailor your existing formulas and processes to better fit your production schedules while enhancing consistency and quality in your bakery. Troubleshooting of challenges with your existing formulas and methods. We can conduct employee training from implementation of artisan baking basics to the rollout of new formulas and processes.
We are familiar with a full range of naturally leavened, as well as yeasted preferment-based, breads as well as lean and enriched doughs, holiday specialty breads, Viennoiserie, and pastry. Review of new bakery business plans, equipment and floor plan specs and design, etc.

FEES
We can be contracted on an hourly, daily, or weekly basis. Support can be in person or provided for some individual technical support issues by phone or email. We can also create formulas on a fee per formula basis. Please call or email for details that go into determining an appropriate rate for your project. Initial meetings to determine the scope of a project are complimentary.

Note – A non-competition clause associated with the recent sale of Clear Flour Bakery prevents us from engaging in consulting work within a 40-mile radius of the Town of Brookline, Massachusetts.

Christy Timon founded Clear Flour Bread in Brookline, Massachusetts in 1983 in response to persistent requests for regular production of the naturally leavened breads she was baking for her catering business, Café Small. Abe Faber came along a year later for a “temporary” job to fill in the gaps in a young artist’s pay and ended up instead gaining a wife as well as a life’s work and calling. Daily life at Clear Flour was all about consistently producing traditional baked goods on a small scale for their community. Together, Christy and Abe grew the bakery to produce a wide range of European authentic breads, pastry, and viennoiserie in a manner that honored, preserved and nurtured the art and craft of traditional baking. For 35 years they enjoyed the daily challenges of running the bakery, as they acquainted their employees and customers with the pleasure, hard work, and nearly alchemical mix of science and craft involved in transforming flour, water, and yeast, into bread and pastry.

Their personal baking aesthetic was developed through extensive travel and research in bakeries in the small towns and back roads of European countries. Their knowledge was also refined greatly over the years by involvement with activities of the Bread Bakers Guild of America, of which they are founding members.

Christy and Abe have since been recognized nationally as pioneers in the American renaissance of the production of the traditional hand-crafted, authentic, breads of Europe and continue to be involved at the forefront of modern applications of traditional baking education in America.

Christy and Abe used the platform of the bakery over decades to elevate the level of baking skills in America and are proud to note that many former employees went on to open critically acclaimed bakeries around the country. These bakery “alumni” turn out new and exciting lines of bread and pastry, along with traditional products of the highest standards, furthering the growth of neighborhood bakeries where food is produced as locally as possible to where it is consumed, in an open manner that engages customers in understanding how their food is made.

In late 2017 Christy and Abe “passed the torch” of their beloved bakery to a younger generation of owners. Now that they have retired from the daily 24/7 life of running a bakery they look forward to sharing their skills to assist other bakers around the country in developing, refining, and troubleshooting artisan baked goods and processes in their own communities.

Christy holds a BA in Education from the School of Education, University of Wisconsin at Madison, and brought a background of work at numerous bakeries and restaurants around the country to her founding of Clear Flour Bakery. She has taught baking classes at Boston University’s Program in the Culinary Arts as well as master classes in pastry, and Viennoiserie, and German breads for The Bread Bakers Guild of America in both its regional class programs as well as their national Wheatstalk baking conferences. She is a recipient of Modern Baking Magazine’s Leadership Award for Commitment to Quality. In May of 2018 she was privileged to be chosen for the first American team of bakers to ever participate in developing formulas for, and baking at, the Fête du Pain in Paris, France.

Abe holds a BA in Visual Arts from the Massachusetts College of Art in Boston and worked as an artist and carpenter before coming to the world of baking in 1983. A founding member of the Guild, Abe worked for 12 years with The Bread Bakers Guild of America, as a board member, including 6 as the Vice Chair of the Board of Directors, to aid in increasing the knowledge and skills of the national artisan baking community. His focus was his work in growing the Guild, standardizing the presentation of baking formulas, and in bringing the vision of regular national conferences of the Guild membership to reality in the form of Camp Bread  (precursor to Wheat Stalk) IN 2005 and 2007. In 2012 he was honored as the recipient of the Guilds third Raymond Calvel Award for Service to the Artisan Baking Community “in recognition of his lifetime of service to the Artisan Baking Community.”

Clear Flour Bread under Christy and Abe’s ownership was the subject of numerous articles on artisan baking in magazines at home, and abroad. The bakery has been featured on the Cooking Channel’s Unique Sweets, as well as the Food Networks Sara’s Secrets. The bakery has also been profiled in numerous books such as Rebecca Gray’s, American Artisanal: Finding the Country’s Best Real Food.

Their bakery was honored with many awards over the years for both its business model as well as its products. It was recognized as the BEST OF BOSTON® by Boston Magazine in 14 separate years, as well as being recognized as one of America’s best bakeries by national magazines such as Food and Wine, Yankee, and Bon Appetit. In 2015 when the James Beard Foundation added a new award category for Outstanding Baker, Christy Timon and Abe Faber were honored to be named as semifinalists in that inaugural year of the award. 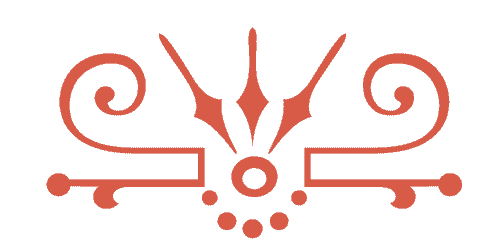